Brand loyalty is as much a part of truck and car culture as racing and motorsports have ever been, and they often go hand in hand. Everyone has their favorite vehicle, and it is no different when it comes to diesel-powered trucks, and there are many reasons for this. As far as trucks go, Ford’s 6.7 Powerstroke and RAM’s 6.7 Cummins seem to be the top choice for many enthusiasts, and the popularity of these two power plants have led to many aftermarket performance parts being produced to wring out every last ounce of horsepower and torque that these two engines are capable of. 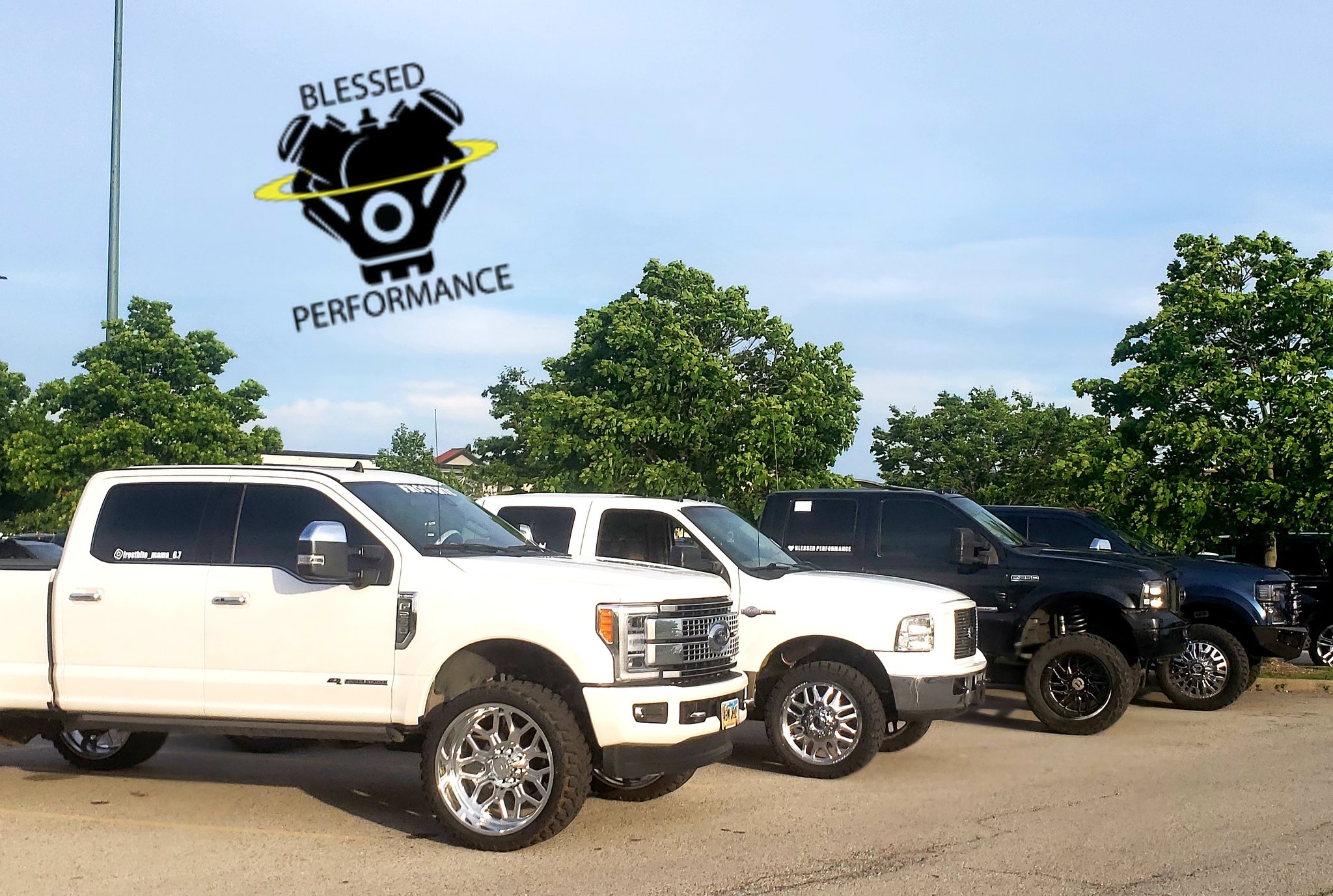 Diesel-powered vehicles have long been popular in the United States on an industrial and commercial scale. Trucks, large equipment, tractors, and machinery that have needed massive amounts of torque have used diesel power plants for decades, but it has taken a while for diesel-powered passenger cars and medium to light-duty trucks to catch on here in the U.S. In Europe, diesel cars have been popular since the 60s, primarily for their enhanced fuel economy with a smaller engine and their higher performance with a larger, turbo diesel engine. While diesel-powered vehicles have sometimes raced in the U.S. over the years at high profile events like the Indy 500, European manufactures have really unleashed the potential of diesel power by creating turbo diesel engines that have won global racing events like the 24 Hours of Le Mans and the 12 Hours of Sebring, both grueling endurance races that have showcased manufactures technical innovations for many years, and that have proven diesel powerplants to be both powerful, reliable, and efficient. 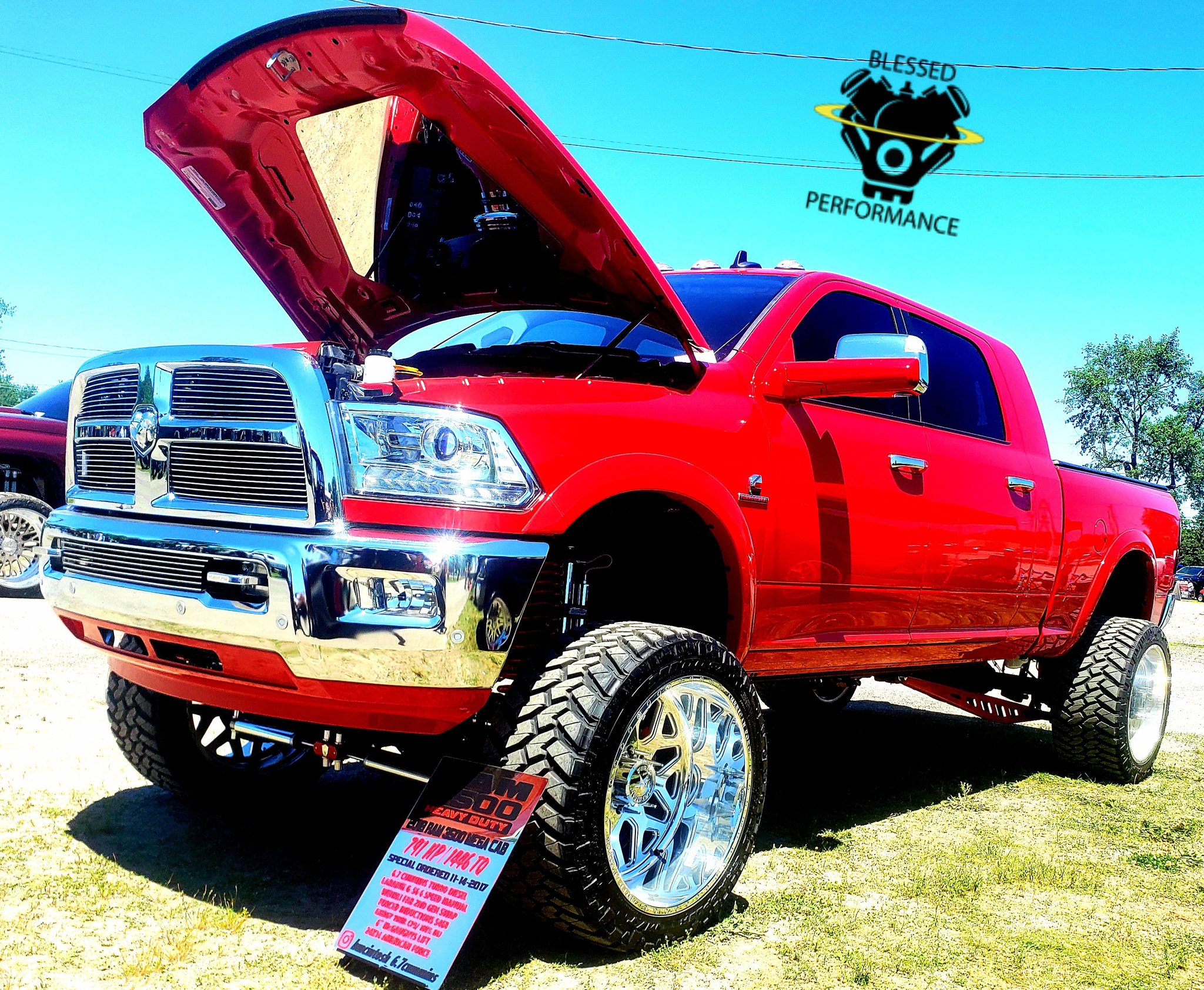 Cummins has been around as a manufacture since 1919 and initially focused on industrial power plants. They began production of their B series engine in 1984 that was used in everything from school buses to light-duty trucks. The B series has been offered in four and six-cylinder form and has been the diesel engine of choice for Dodge/RAM trucks since 1989. They have always featured a turbocharger and utilize gear-driven camshafts for reliability. As the sole diesel engine provider for Dodge/RAM pickup trucks, they have gained an enthusiast following from the Mopar crowd.

The (408.2 cu in) 6.7l Cummins engine arrived in 2007 as a replacement for the 5.9 ISB Cummins. The most significant difference from the old 5.9 is a larger engine displacement, and it is currently the largest straight-six diesel engine produced for a light-duty truck. While all previous Cummins light-duty truck engines had been turbocharged, the 6.7 was the first to feature a turbo with variable geometry technology. This new turbo technology allows for a reduction in turbo lag, and is also utilized as a part of the exhaust brake system. 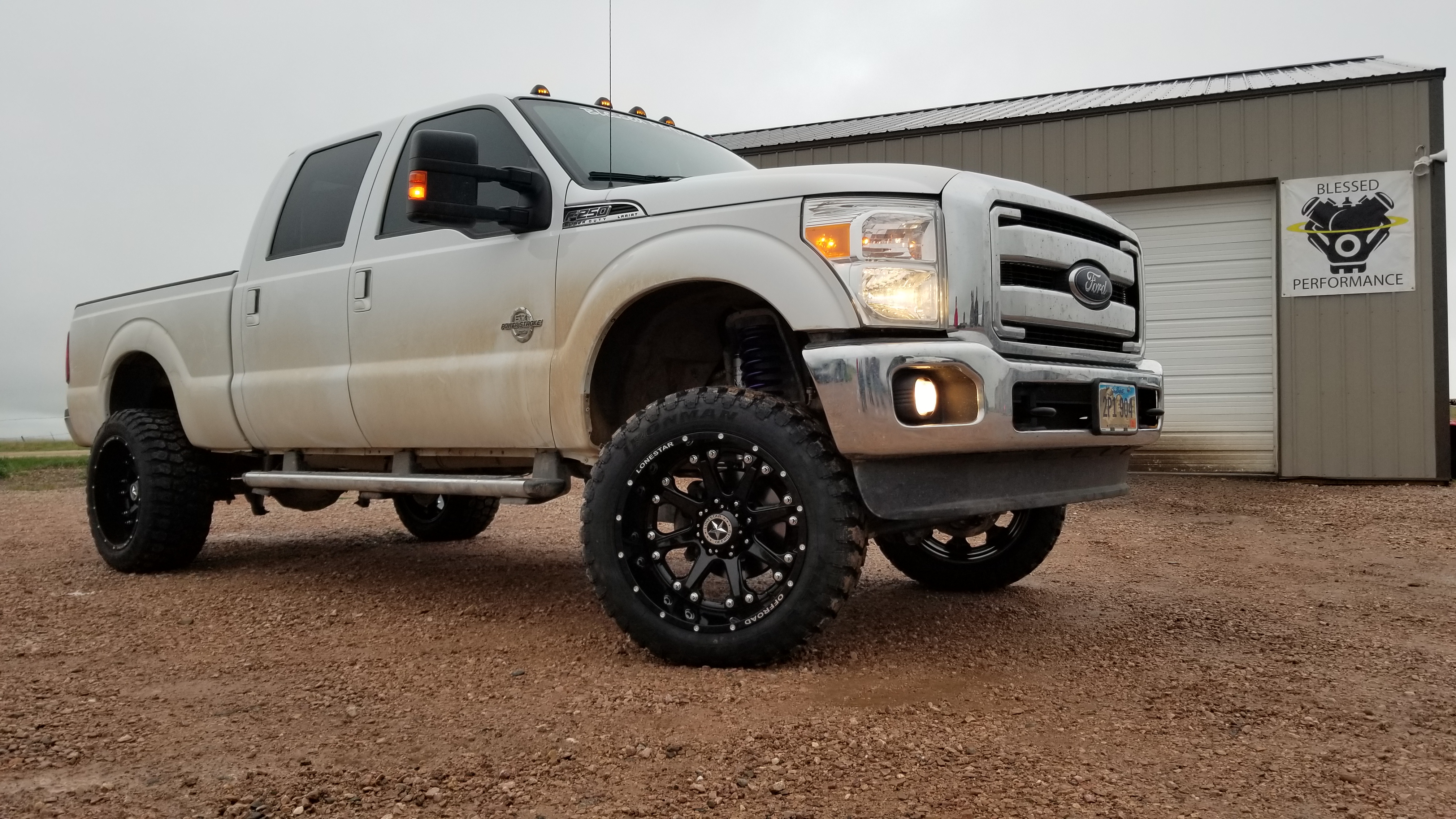 The Powerstroke has been the diesel engine of choice for Ford tucks since 1994. Initially produced by Navistar, which had ties to International Harvester, starting in 1994, production was taken over by Ford Motor Company in 2011, and all Powerstroke engines have been designed and produced in-house by Ford since. All of the big Powerstrokes have been V-8s, while some smaller five-cylinder engines have been produced for smaller trucks like the Ford Ranger

Development of the Ford 6.7l Powerstroke in 2008-2009 and released the first vehicle in the 2011 model year. It features a 90° V-8 engine configuration with a single Garrett turbo, four valves per cylinder, and aluminum heads. Like the Cummins, this engine is also powerful enough and reliable enough to power school buses and other large vehicles, and just like 6.7l Cummins diesel have a strong following with the Mopar crowd, the Powerstroke has created a brand loyalty with the Ford crowd, and the rivalry between the two is as fierce as ever.

There are a few similarities between the Cummins and Powerstroke engines. Obviously, they both are diesel engines and utilize a turbocharger, and both feature four valves per cylinder, but they also both use Bosch components involving fuel delivery and management. The most significant visual difference in the 6.7l Cummins diesel is a straight-six while the Powerstroke is a V-8. Ford F-Series and Dodge Ram trucks both appear to keep things this way for the foreseeable future. Both configurations work well, and the amount of power and torque they produce is impressive.

Both manufacturers have been in a constant race to produce more horsepower and torque while keeping maximum reliability and efficiency, which has worked out great for the consumer. The current version of the 6.7 Powerstroke features close to 450hp with 935 ft-lbs of torque, while the latest 6.7 Cummins puts out about 400hp with 1000 ft-lbs of torque, so on paper, the numbers are very similar, but as the race to become the most popular diesel truck in America continues, it will be fun to see just how much more the manufactures can get out of these power plants.

Cummins and Powerstroke engines produce tremendous amounts of hp and torque, but there is more to be found if you know where to look. Diesel trucks are more popular than they have ever been, and many on the road today are pulling double duty as work trucks hauling heavy loads and daily drivers transporting families and friends. Modifying these trucks' engine components to help squeeze more hp and torque out of a stock power plant has become a popular choice, and there are a few options out there, but it is crucial to get your performance parts and upgrades from a reputable source. Installing cheap, low-quality parts found on the fringes of the internet is a recipe for disaster.

For the best performance parts available for your pre-owned or new truck, whether you own a Ford, Dodge/RAM, or even General Motors product, check out our website. We offer every possible performance part you can think of from the best manufacturers on the market. Need a new turbo for our 6.7 Cummins? We have it! Need a new performance exhaust system for your 6.7 Powerstroke? We have that and everything in between. Many of these upgraded performance parts can be installed by a knowledgeable enthusiast or can be installed by your favorite local independent shop, just let them know that you want the best available parts for your 6.7 from Blessed Performance.