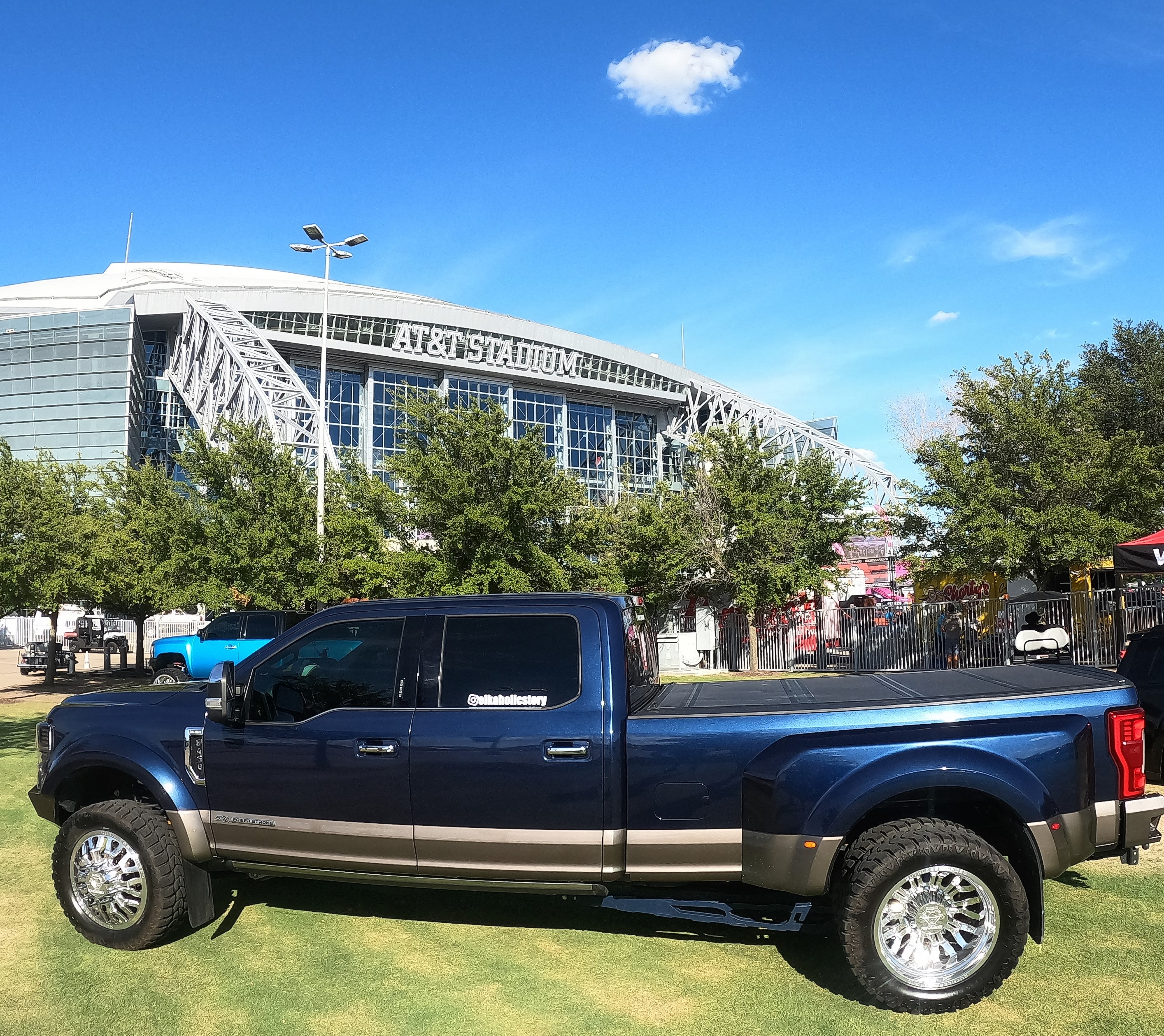 Supplying fuel to an engine as quickly and efficiently as possible is one of the most important steps in making sure a vehicle is functioning properly. For many years fuel delivery systems did not change much for gasoline powered cars, and usually consisted of a simple mechanical or electric fuel pump that supplied the carburetor with gas at very low psi. Diesel powered vehicles require a more complicated system due to the high fuel pressure required to run a diesel engine, which relies on mechanical compression instead of spark plugs to provide fuel combustion.

Companies like Bosch have been producing high pressure fuel pumps for decades for diesel engines, and as gasoline engines have advanced over the years, many gas powered vehicles now utilize high pressure pumps to aid in fuel delivery. Bosch's CP3 high pressure pumps proved to be extremely reliable and durable, but its replacement, the CP4 found on trucks including the 6.7 Powerstroke, have been plagued with reliability issues that can lead to expensive repair bills. Fortunately for owners of these trucks, a CP4 bypass kit is now available to keep the other expensive components of a 6.7 Powerstroke's fuel delivery system from catastrophic damage. 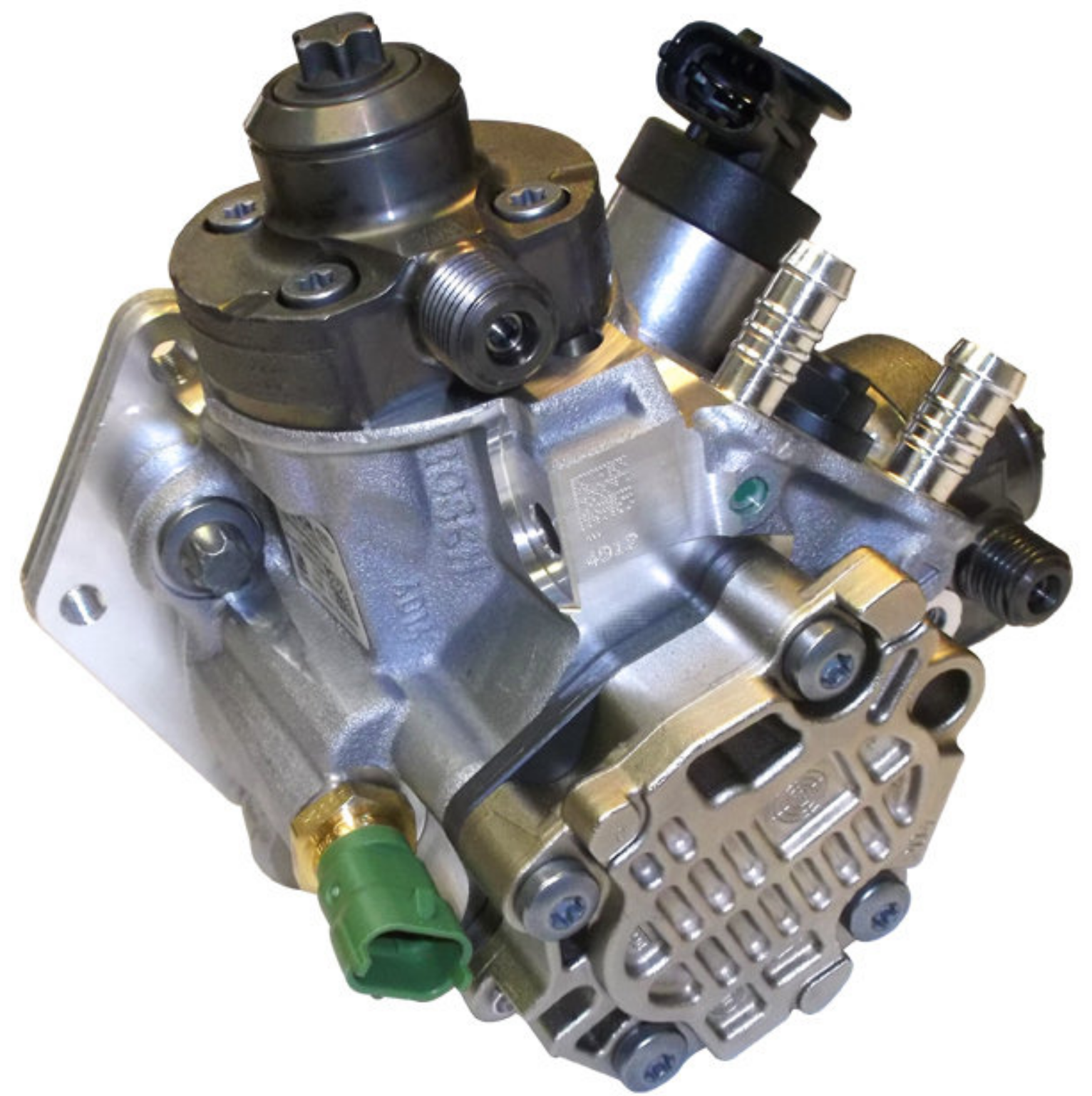 The CP4 is Bosch's high pressure mechanical fuel pump that arrived in 2011 and can be found on Ford Powerstroke, GM Duramax, and other engines. It is bolted directly to the engine and is driven by the engine's camshaft. It is timed to perfectly match the opening of the fuel injectors and takes fuel that is delivered from the tank at a relatively low pressure and converts it to around 30,000 psi.

There are several reasons why a CP4 can fail. These pumps are self lubricated by using the truck's fuel supply, so lack of lubrication, too much air in the fuel, and poor quality diesel fuel are all factors that can cause pump failure. When these pumps do fail, and they eventually will, the metallic internal components of the pump will spread throughout the fuel system quickly and without warning. The debris will spread unfiltered through the fuel rail and lines, eventually reaching the injectors, where the tiny pieces of metal will cause irreparable damage.

It is practically impossible to drain all of the contaminated diesel from a truck's fuel system, so all of the parts that make up the fuel system will need to be removed, cleaned, and most likely replaced. Just purchasing the parts alone will be expensive, especially the injectors, but if you are having to pay a shop to do all of the work, the cost can quickly climb to over $10,000 depending on where you are located and your repair shops labor rate. And there is no guarantee that the new CP4 pump will not fail in the future. While many pumps have lasted over 125,000 miles, some have failed as early as 20,000.

The good news for owners of tucks powered by the 6.7 Powerstroke is that a CP4 bypass kit has been developed and is now available which can save you thousands of dollars in repair bills when your CP4 fails, and if your truck is approaching 125K, then a CP4 bypass kit install is a must. The bypass kit reroutes the fuel used to lubricate the pump and sends it back to the tank instead of through the rail. This means that in the event of a failure, the contaminated fuel is returned to the tank where it will have to pass through two 6.7 Powerstroke fuel filters which will trap any debris headed towards the engine and will save you thousands of dollars in repair bills.

The 6.7 Powerstroke arrived in 2011 as the replacement for the 6.4 Powerstroke which had been featured in Ford trucks from 2008 model year up until 2011, and is still in production today. This new version of the Powerstroke was bumped up to 6.7 Liters of displacement (hence the name 6.7) and featured the same 90 degree V8 layout of its predecessor, and a single turbocharger located in the valley between both cylinder banks. While the 6.7 Powerstroke has maintained this basic setup, a few changes have been made over the production run that will need to be considered when performing a 6.7 CP4 Bypass install.

The 6.7 Powerstroke engines found in models produced from 2011 to 2014 utilized a Garrett single sequential turbo with a single 64-mm turbine and a duel-sided compressor. It featured Bosch fuel system components including the CP4 high pressure fuel pump and piezo injectors. These engines found in trucks up to 2014 had a few minor upgrades during this time and produced as much as 400 hp with up to 800 ft-lbs of torque.

Starting in 2015, even bigger upgrades were made including a new turbo with a 72.5 mm turbine, deleted electronic vacuum regulator valve and actuator, a wastegate delete, and a new intake which was lower than the previous version to accommodate these turbo changes. New fuel injectors were added that utilized a new injector tip, and the high pressure fuel pump was also upgraded to include a longer stroke. This new high pressure pump is often referred to as a CP4.2 but looks visually similar to the original CP4. These and a few other changes allowed the 6.7 Powerstroke to reach a new high of up to 440 HP and 860 ft-lbs of torque. While all versions of the 6.7 are similar, the changes made over the engine's production will determine which CP4 bypass kit will need to be installed on your particular truck.

The 6.7 CP4 bypass kit is one of the best preventative maintenance upgrades you can get. A 6.7 CP4 bypass kit install is a straightforward process that can be completed by any knowledgeable person with mechanical skill, and is far simpler and cheaper than having to replace all of the components of a truck's fuel system due to a CP4 failure. The basic steps include:

Depending on your level of experience, some of the installation process can be tricky and require some patience, but the satisfaction of installing the kit yourself and the reassurance of the added protection a CP4 bypass kit provides for your truck's fuel system are well worth the effort.

Where to Buy CP4 Bypass Kit

If you own a truck powered by a 6.7 Powerstroke engine and you are approaching 100k miles or more, then a 6.7 CP4 bypass kit is a must-have for your peace of mind (and your bank account!). Kits can be found at various sites online, but a lot of these kits consist of poor-quality parts that can lead to component failure, so it is important to purchase and install the best parts currently on the market, and those can easily be found at Blessed Performance.

Blessed Performance carries 6.7 CP4 bypass kits for the different versions of the 6.7 Powerstroke engine with components made from the highest quality materials. They are the go-to site for 6.7 Powerstroke parts, whether you are looking to add a few extra hp to aid in towing your boat to the lake or are looking to shave a second or two off your time at the drag strip, Blessed Performance has you covered. Along with CP4 bypass kits and other fuel system parts like upgraded injectors, they also carry a wide range of performance parts ranging from upgraded engine internals, exhaust systems, turbos, custom engine tunes, and rebuild kits.

They carry and keep in stock parts for all the most popular brands and models of diesel trucks, so no matter what your brand loyalty is, they will have the parts you need. The best part about Blessed Performance is that they are not just an online reseller from the fringes of the internet, they are based here in the USA and are just a call or email away from getting you the parts you need. If you are looking to repair or upgrade your 6.7 Powerstroke Ford or any other truck, they can assist you in creating a custom package to suit your particular needs, and they even produce some of the best how-to videos available on YouTube which will give you the knowledge you need to install the parts that they sell.

So, check them out online, email them or give them a call if you have any questions, order your CP4 bypass kit for your 6.7 Powerstroke or any other part you need, install them, and hit the road knowing you have the best parts and performance upgrades out there!