What is a Duramax Engine?

If you or someone you know has looked into purchasing at any time over the past two decades, then chances are you have probably heard the name Duramax, but what exactly is a Duramax, and why are they so popular? Duramax is the name given to the V8 diesel engines that have been used in General Motors products for over twenty years, and the latest version of this engine can be found in the newest trucks that GM produces today.

The company responsible for creating the Duramax engine is Dmax, which began as a joint partnership between General Motors and Isuzu in 1997 and is based in Dayton, Ohio. General Motors has been in business for over a century and has been one of the most popular producers of trucks in the United States for decades, but they had not had as much success with diesel models as some of their competitors until the introduction of the Duramax. Isuzu is a Japanese auto manufacturer that has also been around for more than one hundred years and has specialized in commercial vehicles with small and efficient diesel engines. By working together to form Dmax and creating the Duramax engine, they combined their knowledge and created a product that more than doubled the success and sales of GM's diesel-powered trucks.

While Dmax builds four and six-cylinder diesel engines for the global market, the V8 Duramax found in US market GM trucks is what they are best known for. The first Duramax engines arrived in 2001 and could be found in the Chevrolet Silverado and GMC Sierra models and in medium-duty commercial trucks like the Kodiak and Topkick. The Duramax proved to be so successful and popular that it began to appear in vans like the Savannah and Express, and even can be found in some of the last Hummer H1 models.

The Duramax has become extremely popular due to its V8 configuration (most rivals only produce diesel engines with inline cylinder configurations), its power and reliability, and the fact that it is relatively easy to maintain, repair, and modify. Since it first arrived in 2001 year model trucks, the Duramax has been continually upgraded and developed over the years by GM with constant increases in power and torque. Older model engines continue to be developed by aftermarket parts suppliers and tuners, which makes a Duramax of any age popular among truck owners. Below is a list of the most popular Duramax engines and what makes them a favorite amongst diesel truck enthusiasts. 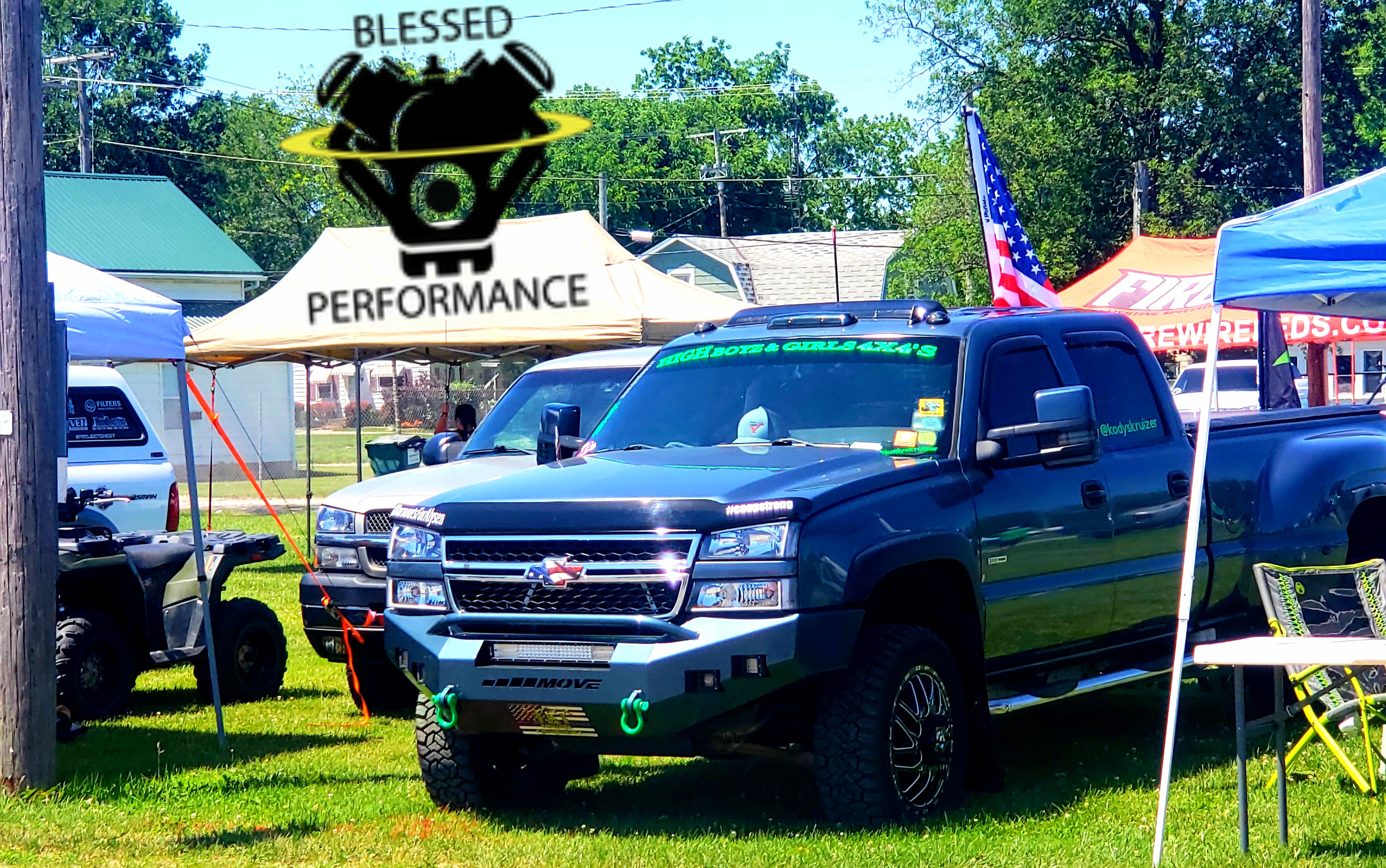 The first Duramax to appear in a GM truck was the LB7 back in 2001 as a replacement for the old "Detroit Diesel," which had been used in GM diesel trucks up to that time. It featured a V8 cast-iron block with aluminum cylinder heads, 32 valves, Bosch high pressure injection, and a displacement of 6.6 liters. Power output was about 300 horsepower with 520 ft-lbs of torque.

The LB7 Duramax engine is popular due to its simplicity compared to later models. It is not as burdened by emission controls as later Duramax engines and is a good base engine to modify. It will always have the distinction of being the "first Duramax," and since it was in production until early 2004, there are many out there on the secondary market to choose from.

The LB7 does have a few drawbacks, with one of the biggest being that they are considered to be high maintenance engines. They have been known to suffer from injector and fuel delivery issues, coolant issues such as leaky water pumps and blown head gaskets after extended use, and a lack of horsepower compared to later models. Trucks with the LB7 Duramax engine have been on the road longer than any other Duramax model, so it's no surprise that they have been subject to the most wear and tear, and have seen to most problems, but this also means that they have had the most time to be developed by aftermarket parts suppliers and tuners, so there are many upgrades available.

The  LLY Duramax engine arrived in the middle of 2004 as a replacement and upgrade for the LB7. It featured the same V8 configuration with cast iron block, aluminum heads, 32 valves, and Bosch fuel injection. Power was up to 310 hp with 590 ft-lbs of torque primarily due to a variable geometry vane Garret turbocharger, which was added along with an EGR valve to cope with increased emissions regulations that the previous LB7 engines did not have to deal with.

The LLY is popular due to its upgraded power and turbo, plus the fact that many of the issues that had affected the previous Duramax engine had been addressed and upgraded. One of the biggest changes was upgraded fuel injectors, and the valve covers were also redesigned to allow easier access to the injectors.

The LLY also suffered from coolant issues like overheating and blown head gaskets like its predecessor, along with valve train and glowplug issues, but it is considered an upgrade over the previous LBY. One of the biggest reasons the LLY Duramax engine is so popular is that it is relatively easy to tune. Significant horsepower gains are possible just by adding a chip or programmable tuner, and many aftermarket performance parts are available for trucks featuring these engines.

Next on the list is the  LBZ Duramax engine, which arrived in late 2005 and continued with the theme of a V8 configuration with cast iron block, aluminum heads, and Bosch fuel injection. The power output remained similar with 310 hp and 605 ft-lbs of torque due to even stricter emissions regulations were being placed on diesel trucks, but the LBZ featured many upgraded components which make it a popular choice. The engine block, cylinder heads, and internals were all upgraded, along with the glow plugs, fuel pump, fuel injectors, turbo, and EGR valve.

All of these upgrades over previous versions make the LBZ popular due to being more reliable and more powerful than the LLY. The upgraded engine internals and components also mean that the LBZ is easier to modify reliably than previous versions, which is a huge plus for anyone who likes to upgrade their truck.

Like any engine, there are a few drawbacks such as occasional glowplug failures and even cracked pistons when subjected to too much power. This engine was only produced for a short time (until 2007) but has become one of the most popular Duramax engines despite these facts. They are capable of more power than any previous version without having to perform any extreme modifications, and there are many aftermarket performance parts available. 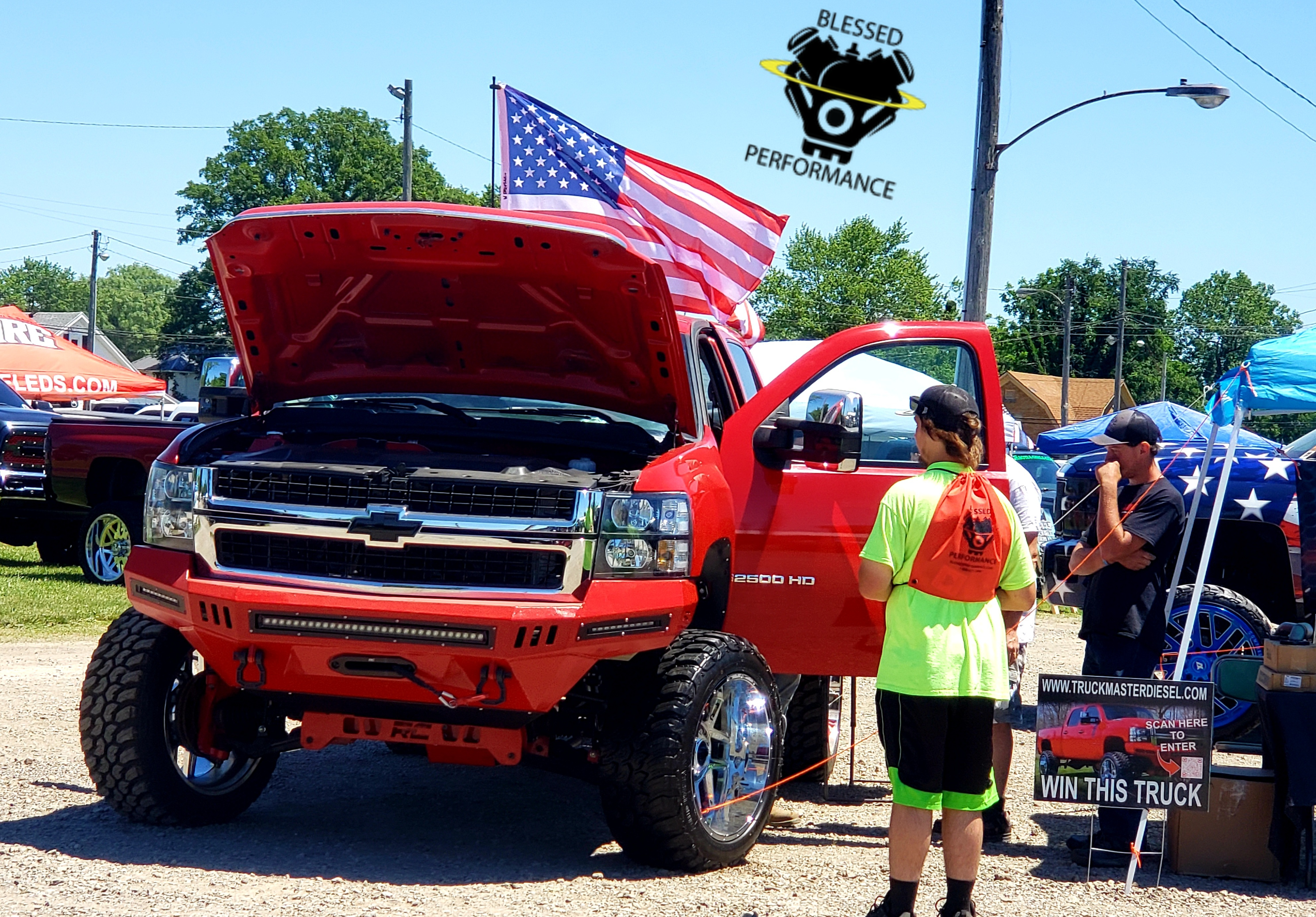 The  LML Duramax engine arrived in 2011 as an advanced and upgraded version of the LMM engine and maintained the basic 6.6 liter V8 layout of previous versions of the Duramax engine. It produced 397 hp with 765 ft-lbs of torque and was only available in GMC Sierra and Chevrolet Silverado trucks. It featured an upgraded oil pump and fuel injectors which made it more emissions efficient than ever before.

The LML is popular due to being more powerful, reliable, and efficient than any previous Duramax engine before it. Most of its improvements over the previous LMM engine were made for emission reasons, but these changes also meant more power. Trucks utilizing the LML Duramax engine have been occasionally known to suffer from low pressure fuel and transmission line issues, along with piston and crankshaft failure, but replacement parts and upgrades are available. 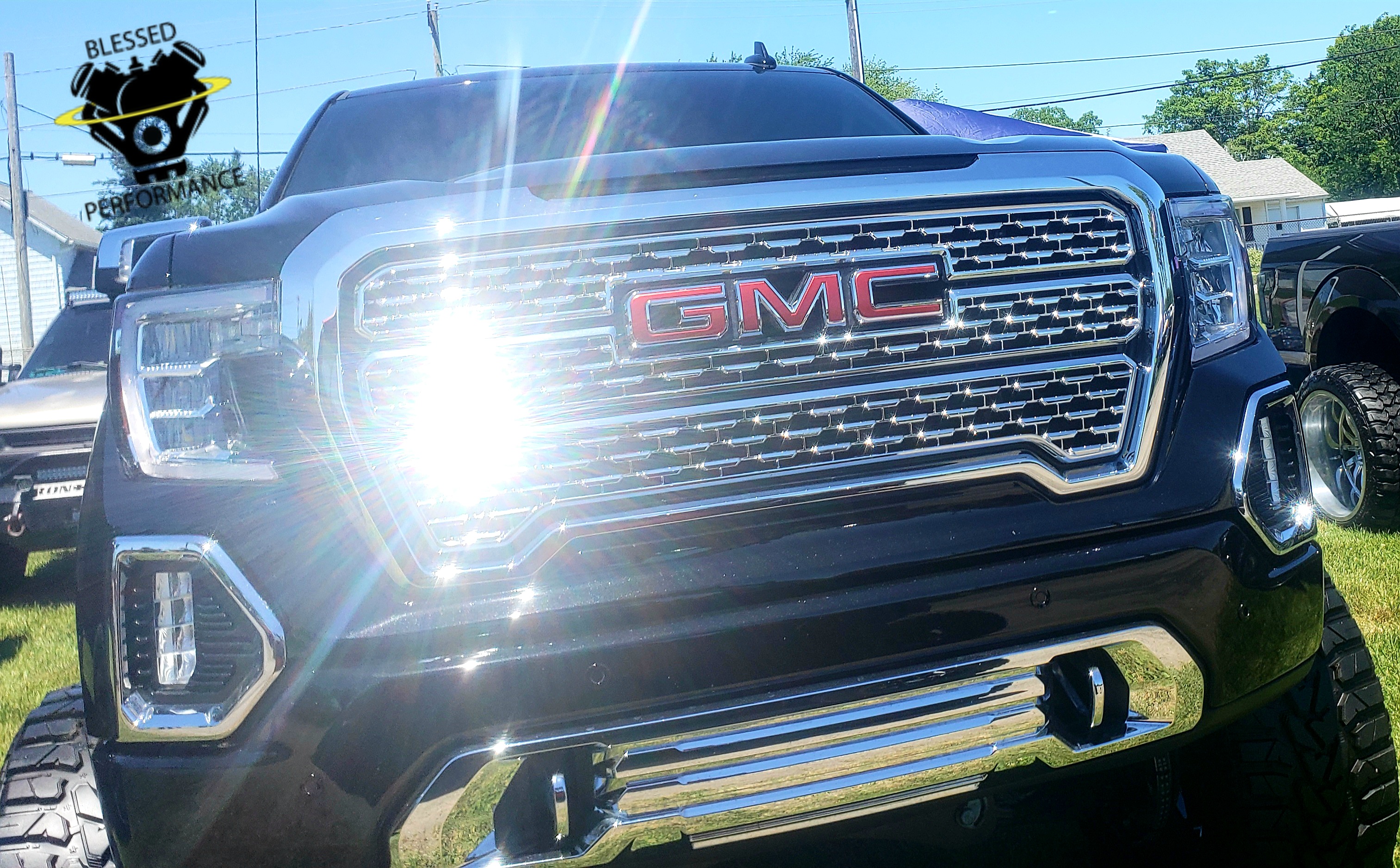 The last engine on our list is also the newest and most powerful. The  L5P Duramax engines started arriving in 2017 year model trucks as GM's latest diesel engine. This V8 is similar to previous Duramax engines but puts out 445 hp and 910 ft-lbs of torque, which is most of any GM diesel truck ever produced. The L5P is popular due to its high performance numbers available from the factory and it is capable of much more with tuning. This is still a "new" engine compared to the others on our list, but many trucks featuring the L5P are available on the secondary market with relatively low miles. A few issues such as injector failure and MAP sensor failures have occurred, and if an L5P powered truck has been tuned to the extreme, its transmission might struggle to keep up, but overall the L5P Duramax engine has proven to be reliable, and many aftermarket parts are available.

All of the Duramax engines listed above are popular choices for diesel truck enthusiasts, and there is not a bad choice among them. While all of these trucks are competent performers from the factory, they are so popular because they are easy to work on, modify, and upgrade without sacrificing reliability. Many Duramax parts can be found online at auction sites and overseas web pages, but it is extremely important to use the best high-quality parts that are available. A cheap low-quality part will sacrifice safety and cause catastrophic engine damage resulting in massive repair bills, so it's important to install the best parts, and those can be found at Blessed Performance.

Blessed Performance carries just about any part you can think of for a Duramax engine. Everything from upgraded exhausts, turbos, and injectors, to everything needed to rebuild a diesel engine are available for all generations of the Duramax. They are also the go-to place for Duramax engine tuning. Whether you want a few extra hp, better fuel economy, or are looking to shave a second off your time at the drag strip, Blessed Performance has the parts for you. They can even help you come up with a custom parts bundle or tune based on your particular needs.

Check out our website to see all of the best performance Duramax parts currently on the market. Send them an email or give them a call with any questions you might have, order your parts, install them, and find out for yourself why these Duramax engines are so popular!